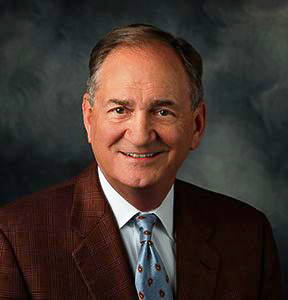 Mr. Woodard has been a lecturer for the Oklahoma Bar Association through its Continuing Legal Education Program, the University of Tulsa Continuing Legal Education Program, and is author of “Punitive Damages for Bad Faith Breach of an Insurance Contract: It’s Unconstitutional,” 54 Oklahoma Bar Journal 1125, 1983. Mr. Woodard has also spoken at Defense Research Institute seminars and Federation of Defense & Corporate Counsel programs. In 1999, he co-authored “Discovery of Litigation Databases Stored on the Internet: A Basis for Libel?” Volume 49, No. 4, Federation of Defense & Corporate Counsel Quarterly 383-405. In 2008, he co-authored “Standard of Care” published – Headache, The Journal of the American Headache Society.

Involved in the Tulsa Community, Mr. Woodard has previously served as President of Family & Children’s Services, Chairman of the University of Tulsa – Undergraduate Research Challenge (TURC), and currently serves on the Board of Directors of Goodwill Industries of Tulsa, Inc. He is also a past President of Tulsa Opera, Inc.