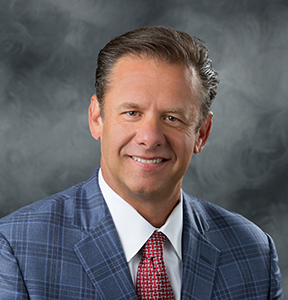 Oklahoma Lawyer Robert P Coffey Jr is a Senior Partner at Coffey, Senger & Woodard, P.L.L.C., a law firm based in Oklahoma. He concentrates his practice in defending motor carriers, product manufacturers, construction companies, NCAA coaches, insurance companies and their insureds. He is admitted to practice before all Oklahoma state courts, United States District Courts for the Northern, Eastern and Western federal jurisdictions and the Tenth Circuit Court of Appeals. Mr. Coffey has litigated cases throughout Oklahoma, Arkansas, Kansas and Texas. The firm is involved in handling first response investigations for multiple motor carriers in Oklahoma, Arkansas, Kansas, Texas and Missouri.

Mr. Coffey is active in the Transportation Industry Defense Association, IADC, DRI Transportation Section and the American Trucking Association. He is also a member of the American College of Transportation Attorneys. He has served as a national panel speaker for those entities. He has had reported cases including Nautilus Insurance Co. v. 8160 South Memorial Drive, L.L.C., 2000 U.S.App. LEXIS 2570, 10th Circuit Court of Appeals, February 2, 2006. He has also written as co-author, Oklahoma Tort Reform: Re-form Over Substance?, Okla. Bar Journal, Vol. 76, No. 12, Page 891, April 9, 2005.

Mr. Coffey received his Bachelor’s Degree in Business Administration from the University of Oklahoma in 1989 and his Juris Doctor degree from the University of Tulsa in 1992. He has served as a director for the Tulsa County Bar Association and is a member of the Oklahoma Bar Association where he was the past chairman of the insurance section. He has been active in the Oklahoma Association of Defense Counsel as a director of the organization. He currently is a Supreme Court Justice for the Citizen Potawatomi Nation and has served the Oklahoma Department of Labor as an adjunct judge.

Born November 25, 1966, in Norman, Oklahoma, he is a lifelong Oklahoman. He has been married for twenty years to Ginger Coffey and they have four children. The family is active in their church and the community. Mr. Coffey enjoys golf, wakeboarding, scuba diving and snow skiing.